In June of 2019 Piikani Nation Lands Department under the direction of Chief and Council had the grass cut, the garbage cleaned and did a general tidy up of the graveyard in townsite.  During the same month Piikani Nation Lands Department contracted Town & Country Spraying Services to spray herbicide on unwanted bushes and weeds that consumed at least 75% of the Cemetery.

Six weeks later the contractor came back and removed the dried-out bushes and weeds and uncovered a lot of graves that we assume have not been seen in years.  Town & Country will be coming back to the Nation to reseed the grass in the fall and spring.

As a continuation of the project from last summer, we are asking the nation members to help assist in identifying unmarked graves.  Going forward the Lands Department will be spraying and seeding in the spring time. 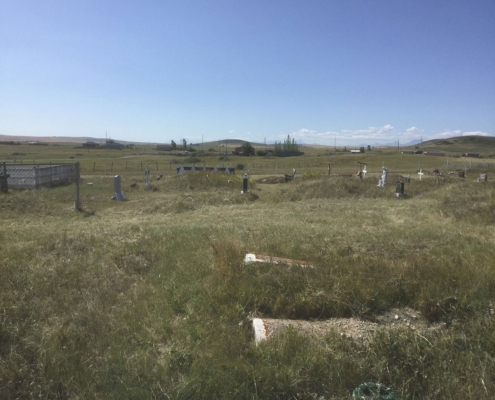 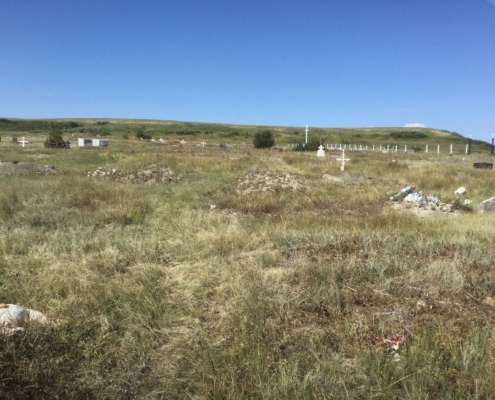 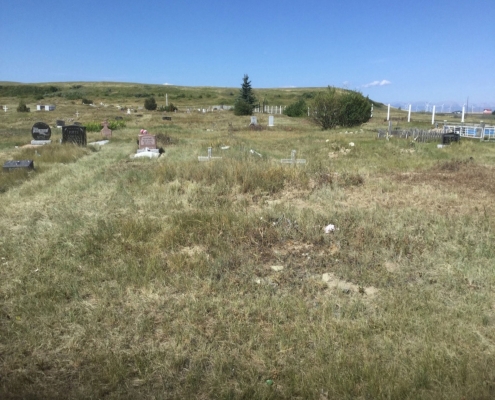 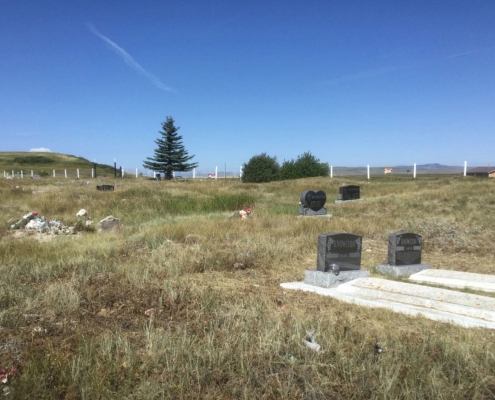 Keepers of the Land Workshop